On 1 June 2017 Harry Tupan was appointed the new general director of the Drents Museum in the Dutch town of Assen. Together with a business director who is yet to be recruited, Mr Tupan will constitute the museum’s two-headed management. Mr Tupan has been the museum’s acting manager since Annabelle Birnie left her post on 1 May.

Han Noten, chairman of the Drents Museum’s Supervisory Board, explains Mr Tupan’s appointment: ‘We have great faith in Harry Tupan as our museum’s standard bearer. The past years Harry has greatly contributed towards the Drents Museum’s success in his capacities as head of commercial affairs, head of collections and presentations, and deputy director. What’s more, the Supervisory Board is convinced that he will enjoy great support from both within and outside the organisation.’

Mr Tupan has been the Drents Museum’s deputy director since 2011. He studied museology at the Reinwardt Academy in Amsterdam and archaeology and history of art at the University of Groningen. Harry Tupan is currently a member of the Monitoringscommissie BIS-musea (Monitoring Committee for museums subsidised in the context of the Basic Infrastructure for Culture) and the Kerncommissie sectoradvies musea (Central Committee for sector advice regarding museums) on behalf of the Dutch Council for Culture. Apart from that he also holds various management positons in cultural organisations in the northern part of the Netherlands, one of which is the chairmanship of the Symphony in Blue Foundation, to which he was appointed earlier this year. 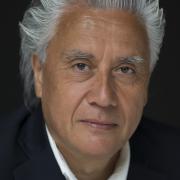