From 9 October 2022 to 26 March 2023, the Drents Museum in Assen will be putting the spotlight on the work of the world-famous German artist Neo Rauch. In the retrospective exhibition Neo Rauch - Wegzehr, the focus is entirely on Rauch's work on paper. In total, the exhibition comprises around one hundred works on paper, most of which have never been shown in the Netherlands before.

Large formats and intimate work
Neo Rauch (1960) is one of the leading contemporary artists. His colourful paintings and drawings feel like a dream world that gradually causes concern. In his work, Rauch uniquely combines an eventful personal and political history. Impressive are the typically large, colourful scenes in oil on paper by Rauch, that can be seen in Assen. In Assen, attention is also paid to the special smaller works on paper. These are lithographs, pencil, pen and felt-tip drawings that offer a more intimate look at the working process of the Meistermaler. The work on paper has not often been exhibited. It is precisely this part of Rauch's oeuvre that is central to this exhibition.

Hochschule für Grafik und Buchkunst
When Neo Rauch was only five weeks old, his parents died in a train accident. At the time, his father Hanno Rauch and his mother Helga Rauch were studying at the Leipzig School of Arts, the Hochschule für Grafik und Buchkunst. Rauch grew up with his grandparents in the provincial town of Aschersleben, which like Leipzig at the time was part of the GDR. He studied at the same art academy as his parents. There he became a master student under the famous painter Arno Rink and later started teaching himself. In Rauch's painting you find traces of his surroundings. Influences of magic, recurring motifs weg hier state atsuch as factory chimneys and church towers, and comic figures come together in the artist's personal world.

In collections worldwide
Neo Rauch's work has been acquired by museums worldwide. His work can be found in the collections of the Metropolitan Museum in New York, the Guggenheim Museum in New York and the Goetz Collection in Munich. In 2009 Neo Rauch was previously shown in the Drents Museum. The Realism from Leipzig exhibition showed three generations of the Leipzig School and was the first museum exhibition of Leipzig art in the Netherlands.

New Leipzig School Exhibition Series
The exhibition Neo Rauch – Wegzehr fits into the series of (solo) exhibitions that the Drents Museum has organised with art from the New Leipzig School. Previously, this series has featured solo exhibitions by David Schnell, Matthias Weischer, Rosa Loy and Kristina Schuldt. Neo Rauch can be called the figurehead of this art movement and his exhibition is thus the crowning glory of the series.

The exhibition Neo Rauch - Wegzehr Werken op papier can be seen from 9 October 2022 to 26 March 2023 in the Abbey Church of the Drents Museum.

The exhibition is accompanied by a book of the same name, Neo Rauch - Wegzehr Werken op papier. The book is published by Waanders Uitgevers in Zwolle, costs € 28,50 and is available in our Museum Shop or via www.dutchmuseumgiftshop.nl 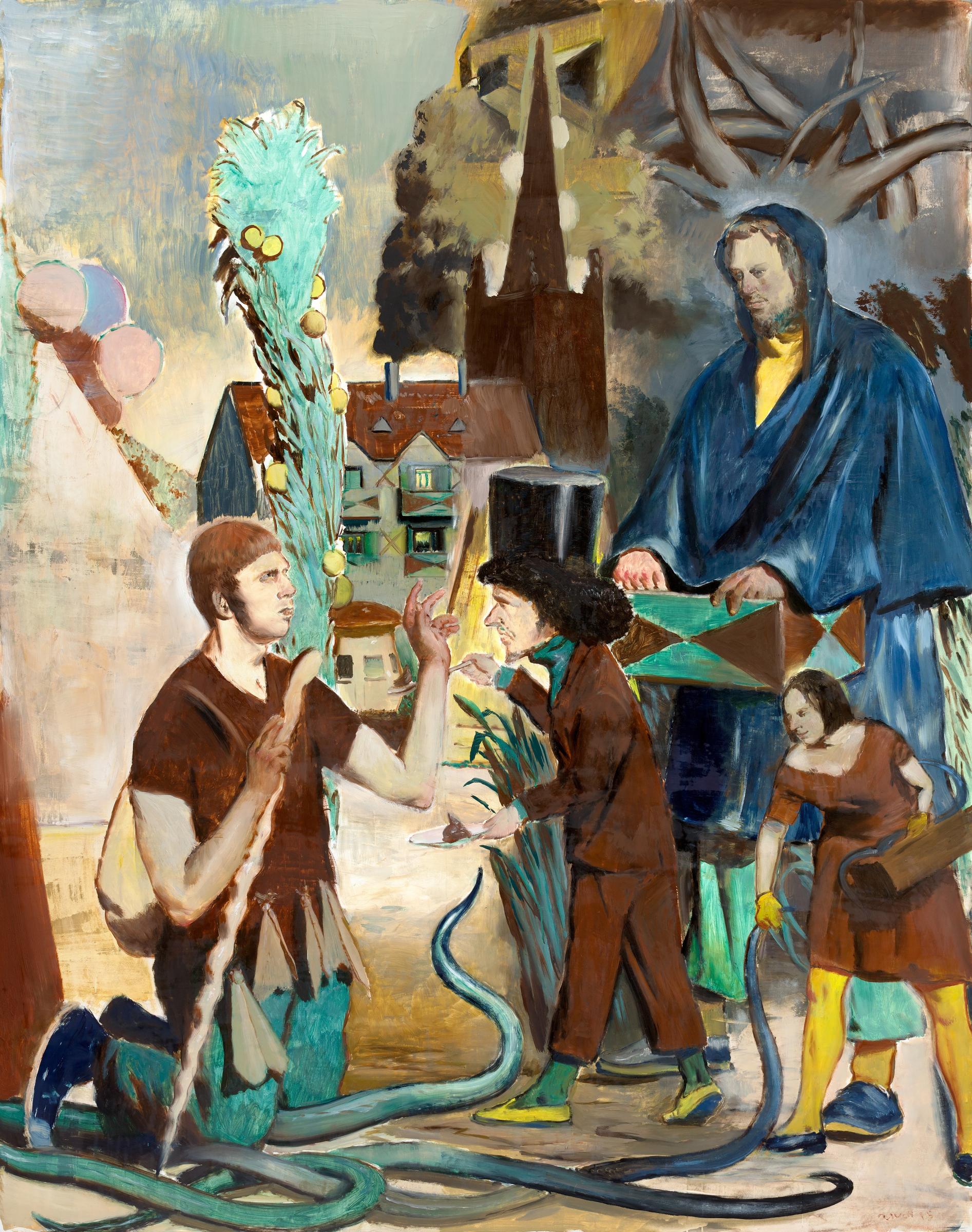 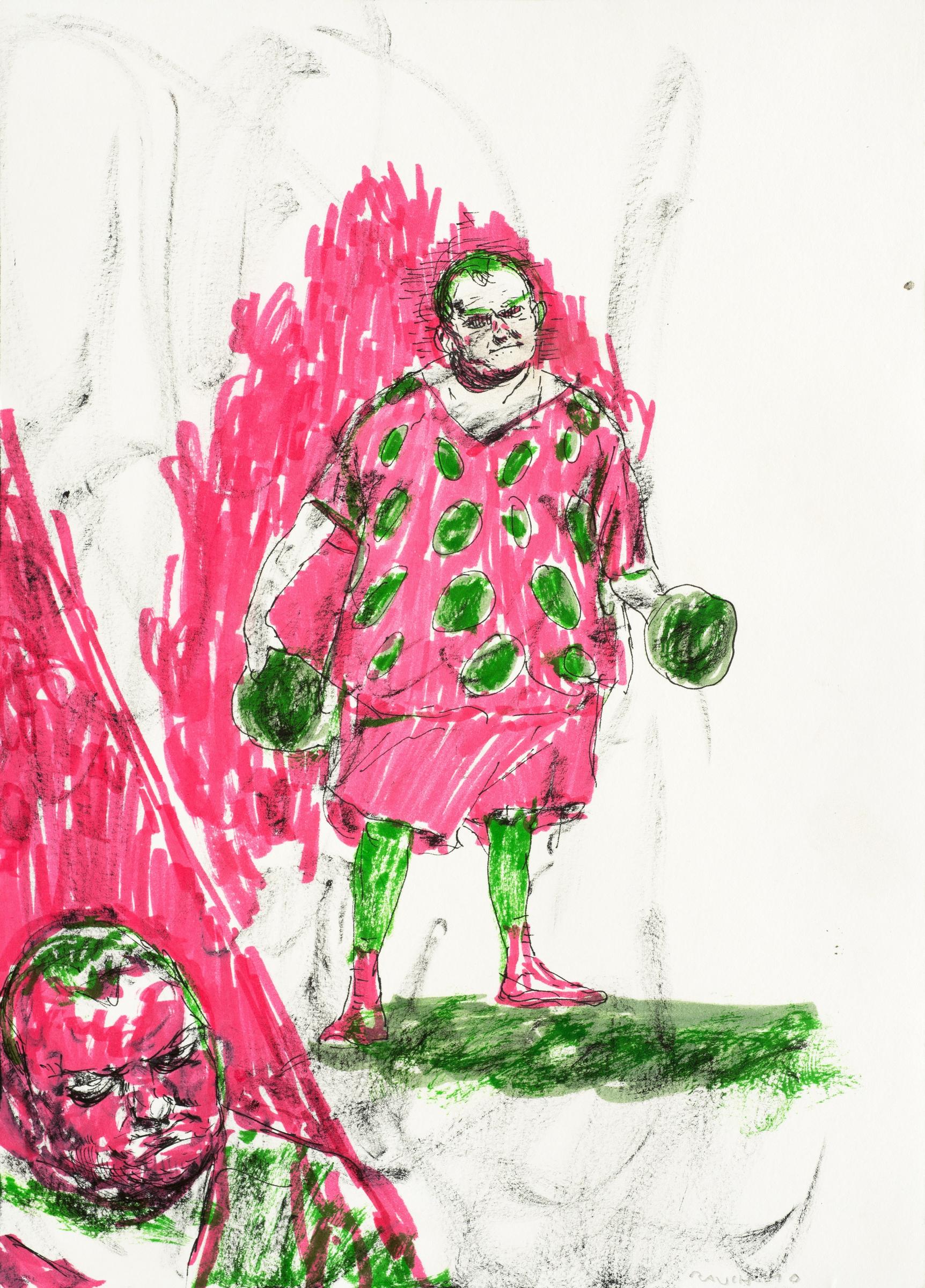 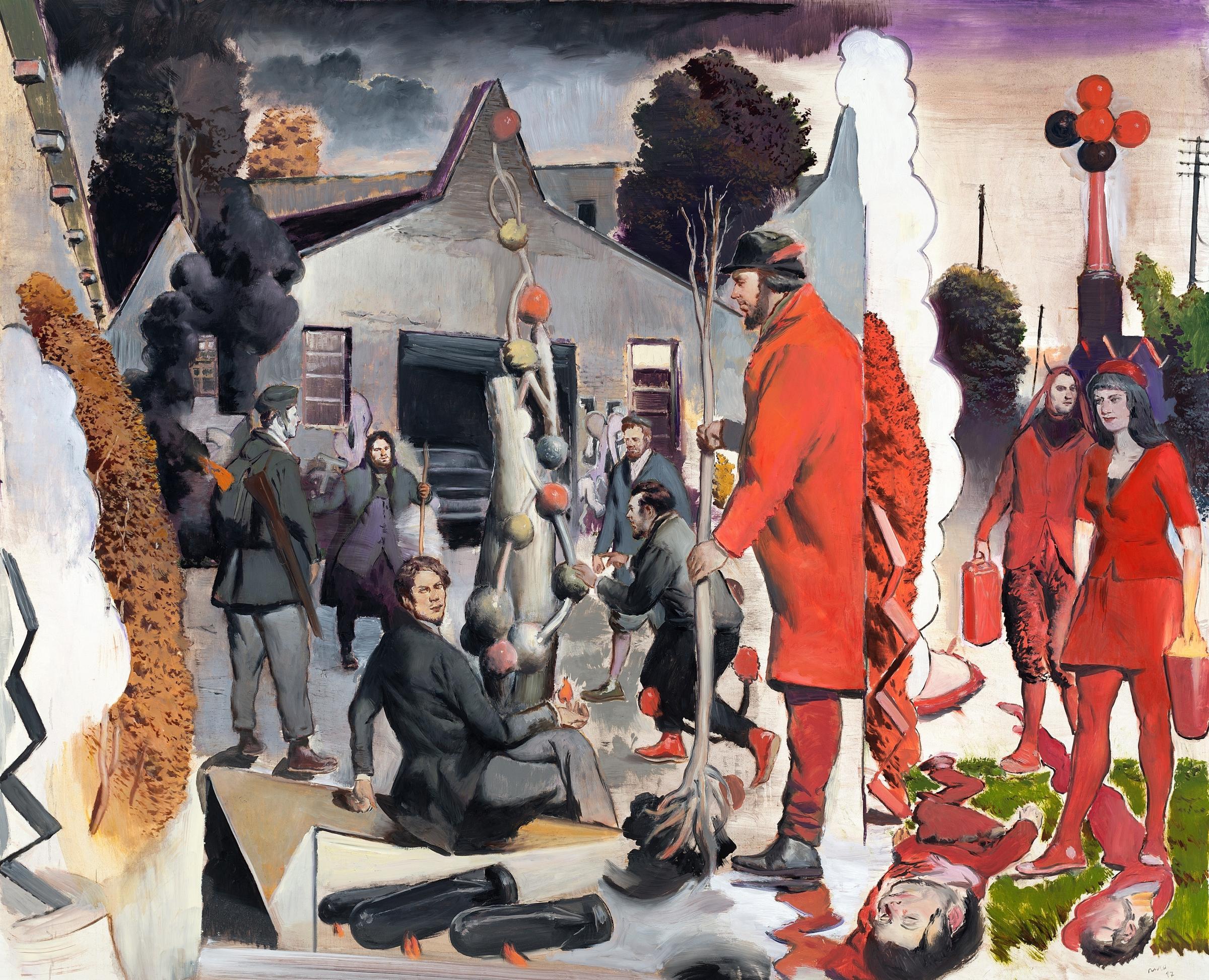 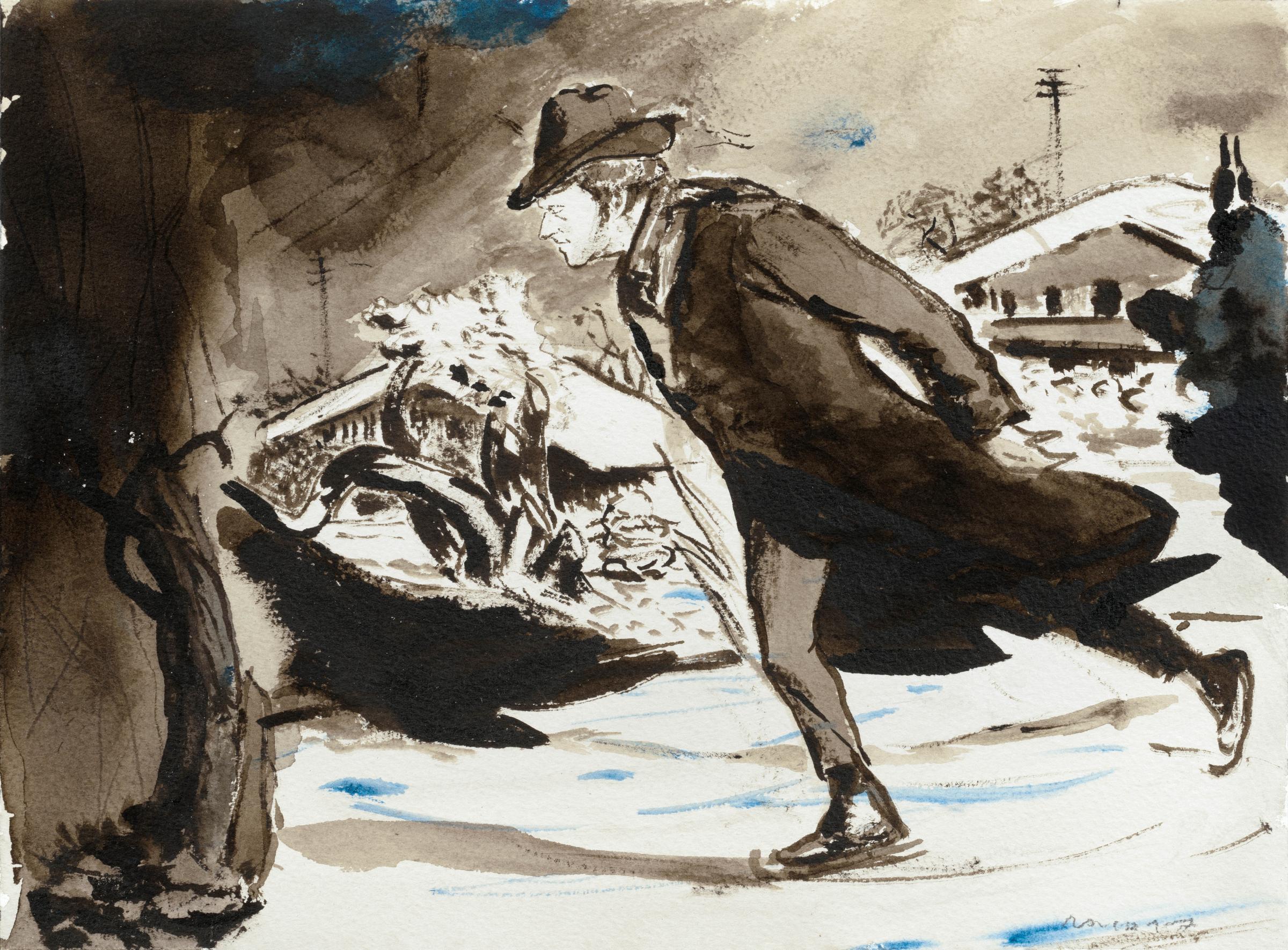