With the placement of a five-metre high bust of artist Frida Kahlo at the canal 'De Vaart', on Monday, December 13, 2021, the Frida in Assen city experience is complete. This is a free art route through the centre of Assen (The Netherlands) passing fourteen artworks, whose creators have been inspired by the world famous Mexican artist. Vaart in Assen, an organization involved in the city centre, developed the route together with the Drents Museum, where the exhibition Viva la Frida! Life and art of Frida Kahlo is on display until 18 April 2022. The metres high sculpture was unveiled on Monday, December 13 by Harry Tupan, general director of the Drents Museum.

The three-dimensional sculpture of Frida Kahlo (1907-1954) was designed by 178 Aardige Designers in collaboration with Gijs van Kooten of Utrecht and produced by Blow-Up Industry of Groningen. The bust is almost five metres high and three and a half metres wide. The sculpture of Frida Kahlo has been made possible by the municipality of Assen and Ondernemersfonds Assen. For Assen resident Eelco Bügel, owner of Blow-Up Industry, it was an honour to manufacture the bust. 'With our machines we can make anything from pressed polystyrene foam with a vandal-proof coating. For example, we made the letters of I Amsterdam and the set of Nikki Tutorials in Madam Tussauds. I find it very special that I have now been able to make something for my own Assen,' says Bügel.

Frida in Assen city experience
The free walking route leads through the centre of Assen past fourteen works of art. These are life-size murals and special art objects in public areas. The route can be walked at any time until April 18, 2022 with a folder as your guide. The folder is available at the Drents Museum and the VVV (Tourist Information) Assen. It can also be requested online via www.ditisassen.nl. By scanning the QR codes placed near the artworks, you can learn more about the artworks and their creators.

Viva la Frida!
Two of the world's most important Frida Kahlo collections have been on display at the Drents Museum since October 8, 2021. In addition to paintings and drawings, Kahlo's personal belongings such as clothing, painted corsets and jewellery are also on display. This is the first time that these collections are being shown together. For this purpose the museum is collaborating with Museo Dolores Olmedo and Museo Frida Kahlo (formerly La Casa Azul, the Blue House) in Mexico City. It is now a tradition that for larger international exhibitions of the Drents Museum an eye-catcher is placed at the canal ("Kop van de Vaart”), such as a Chinese dragon (2008), a statue of Lenin (2012/2013), a Mayan temple (2016), an American Statue of Liberty (2017/2018) and the Rialto Bridge (2019).

Press photos:
Click on the photo to enlarge it. 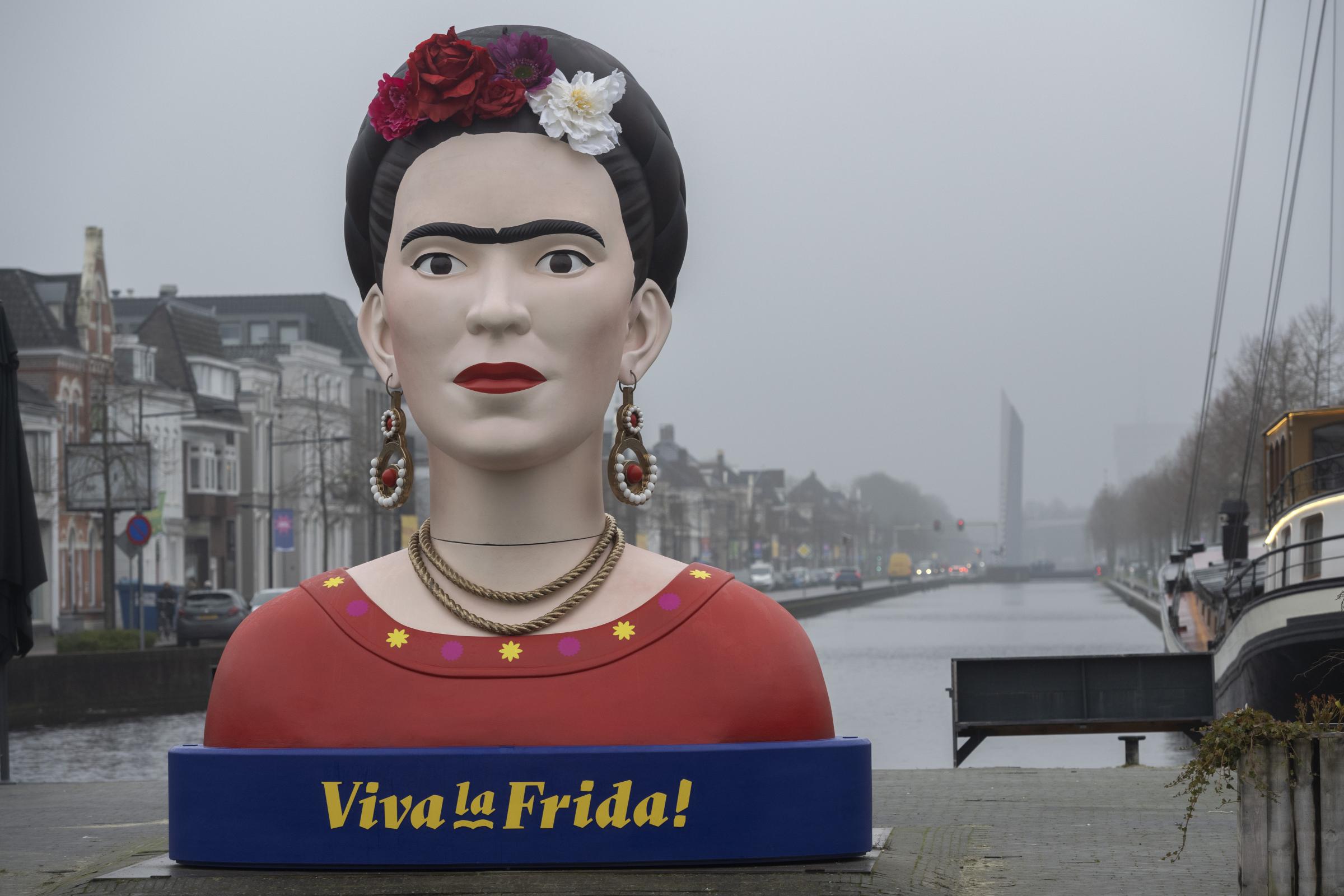 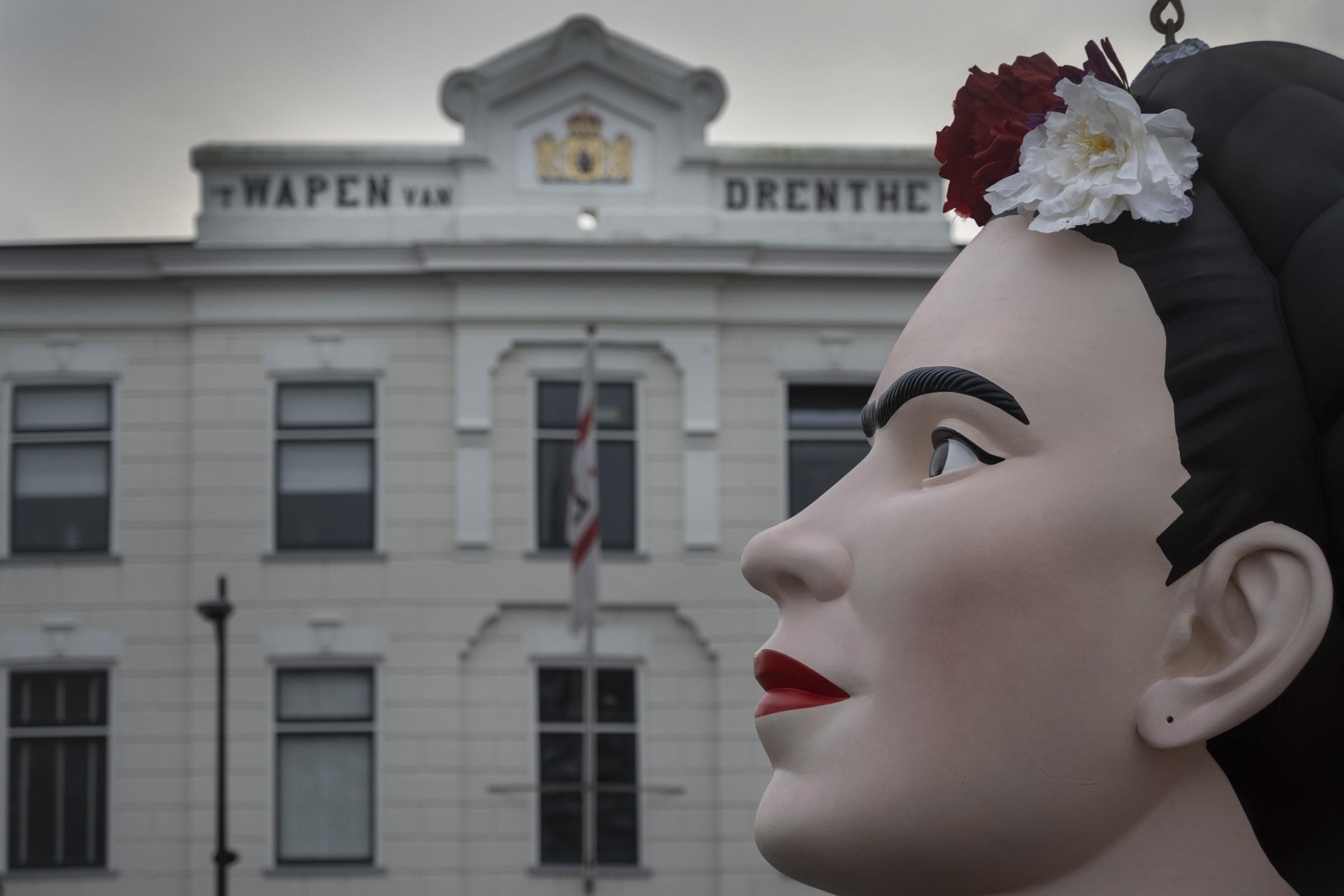 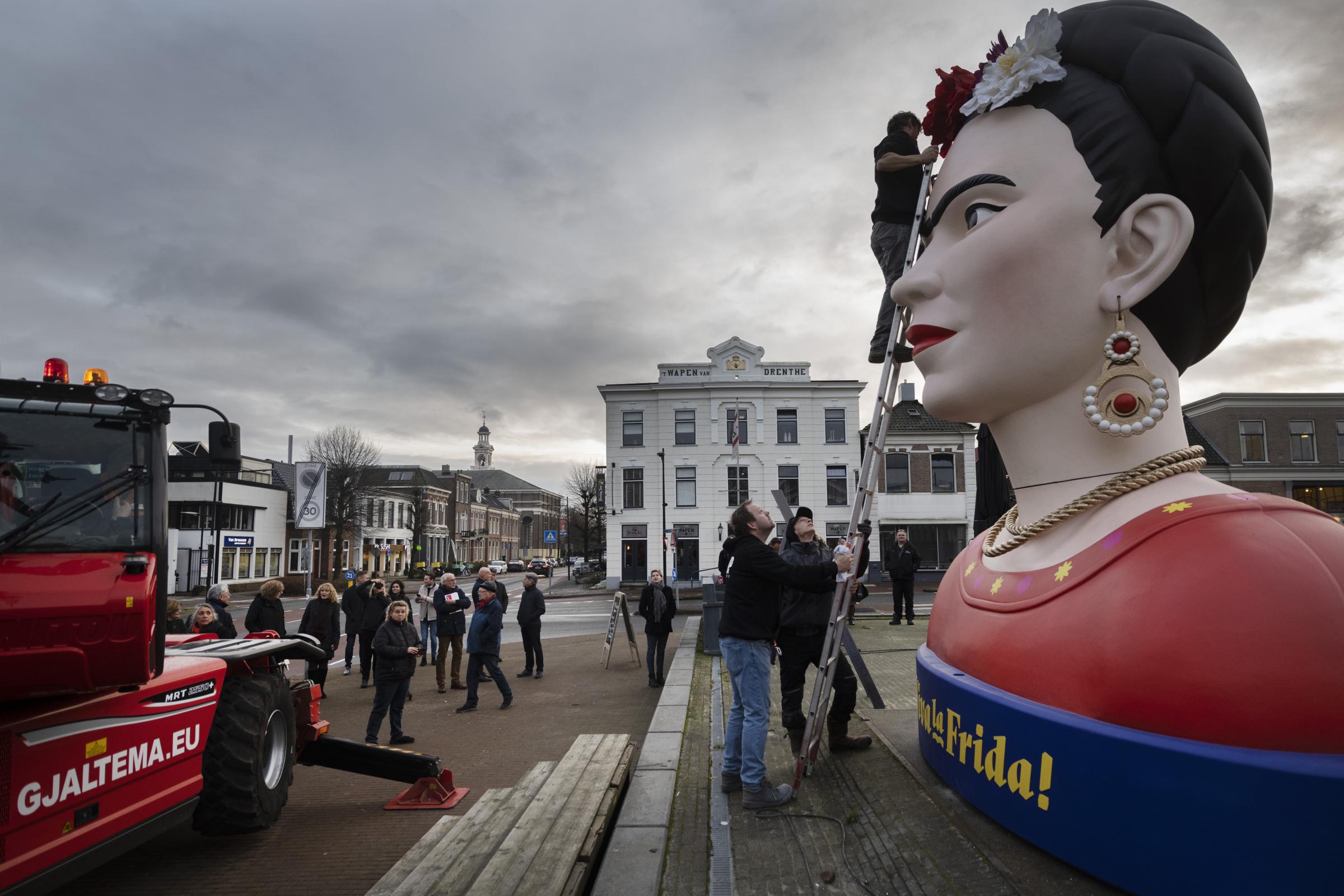 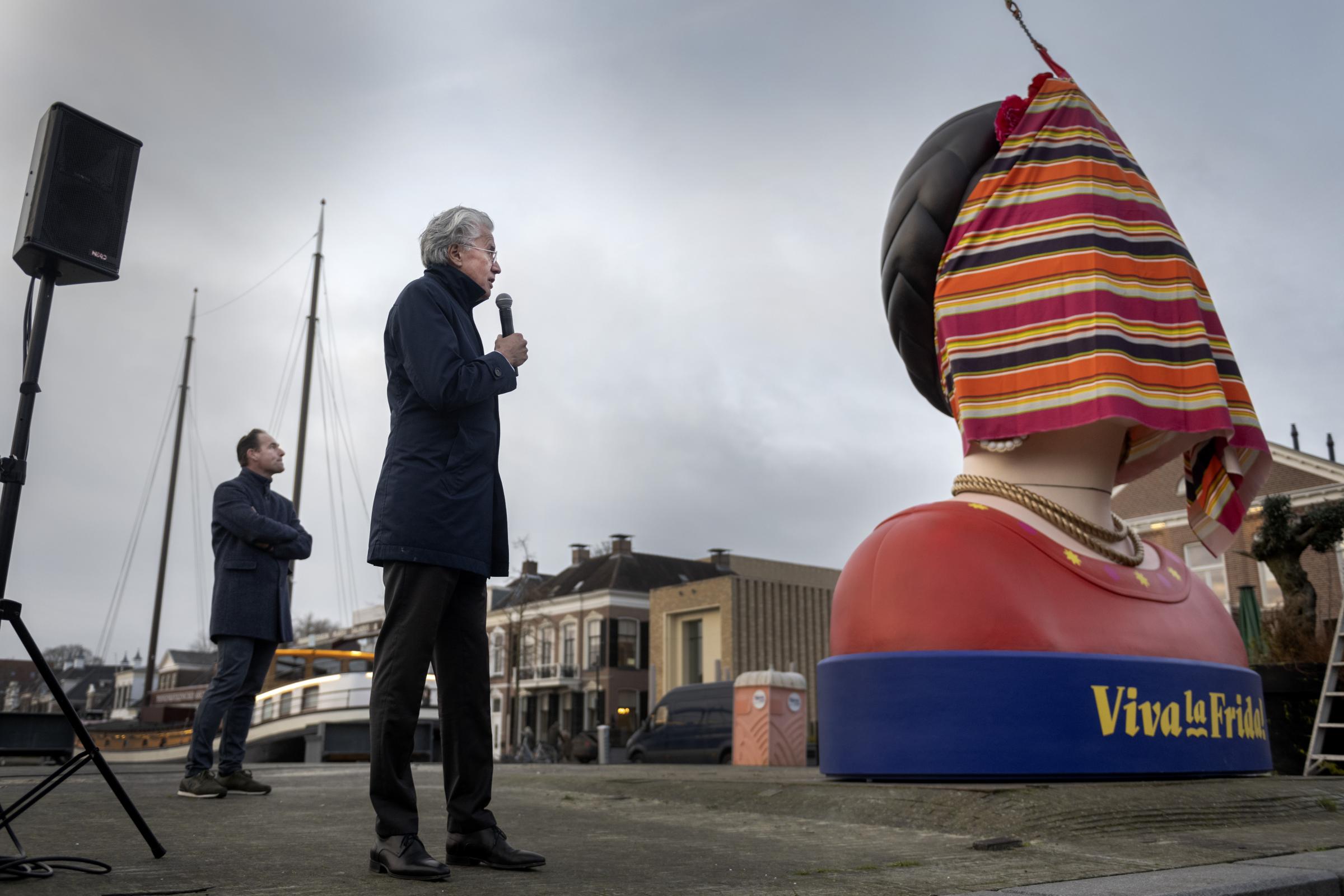 Placement and unveiling of the statue of Frida Kahlo at the harbour (“Kop van de Vaart”) in Assen. Photos: Sake Elzinga