Have you run out of colouring sheets and does your child still enjoy colouring in? Here you can find a whole series of the Yde Girl colouring pages, made by Sieger Zuidersma for the museum. Each colouring sheet is part of the story of the Yde Girl. In addition to being creative, your child will also learn something about Drenthe and its history. Found a nice colouring page? Then click on the image to print the large version! Would you like to join the colouring competition? Look at the bottom of this page for more information.

Workers in the peat bog

Did you know that two peat labourers accidentally found the Yde Girl in 1897? She appeared when they were dredging in Yde. The two men were so shocked by their find that they ran home in panic. That day, they couldn’t eat another bite. A week after the discovery, Mayor Hendrik Aalfs went to take a look at the find. 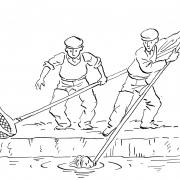 After the Yde Girl was found, curious inhabitants of Yde and surroundings took pieces of the bog body. This included the woollen band around her neck. Schoolmaster Jannes Krijthe removed it shortly after it was found. Fortunately, a few days later he gave the band to mayor Hendrik Aalfs, who sent it to the Drents Museum. 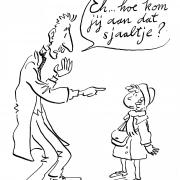 The mayor sent a letter to the Drents Museum that ended up with employee Jan Joosting. He went to the site and collected everything that was left of the Yde Girl. A large number of her teeth had been taken away and her 'knee bone' had also disappeared. The mayor sent the parcel to Assen where Jan let the body dry in the sun. He then placed the girl in a display case. 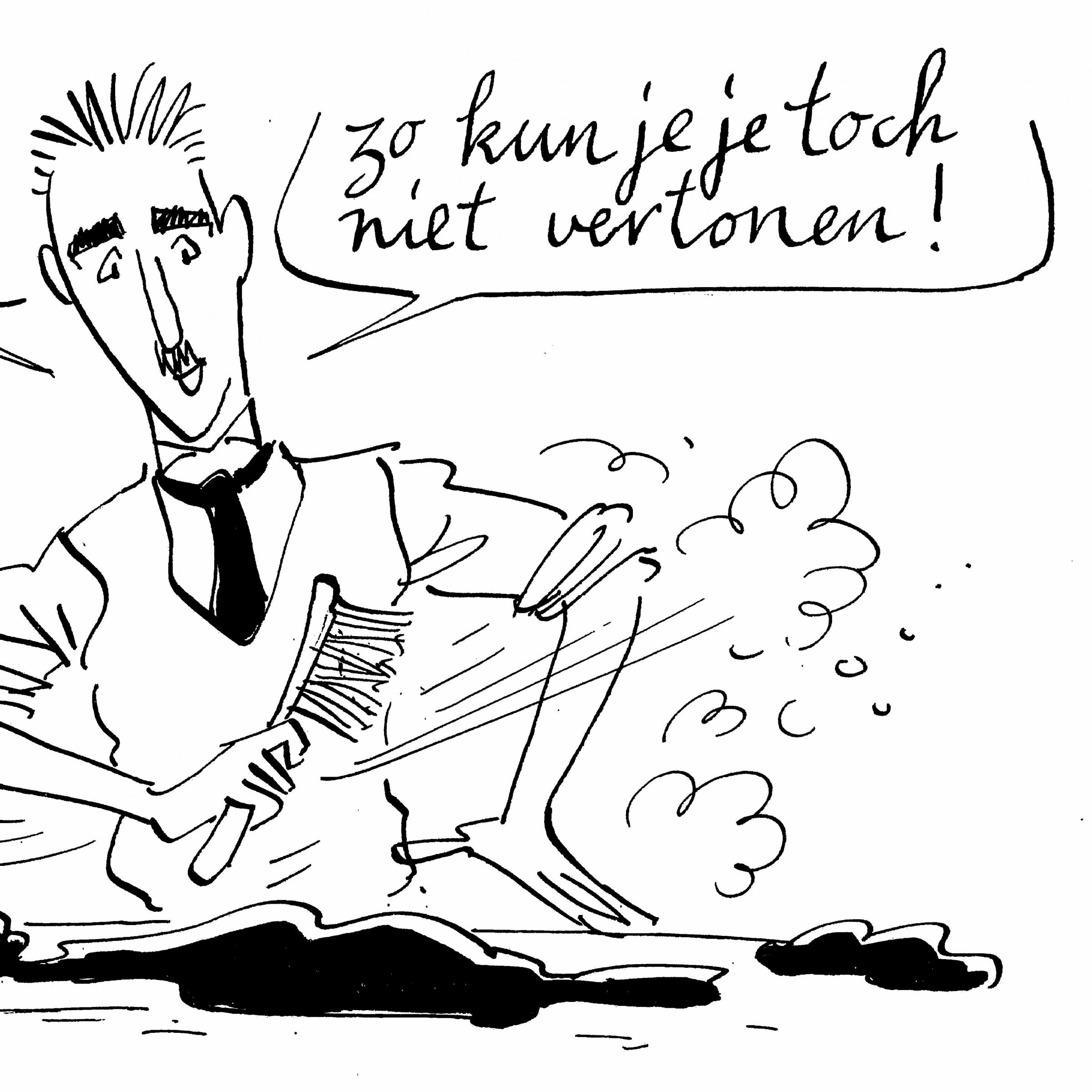 Open to the public

A few days later, the Yde Girl was open to the public. The museum was open between 10.00 and 15.00 and if you wanted to come by, you had to ring the bell. A member of the museum staff would then open the door. The number of visitors to the museum tripled in a year because of the arrival of the bog body. In 1896, 371 people visited the museum, a year later 901. 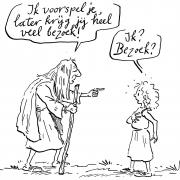 The Yde Girl underwent several investigations. Thanks to these examinations we can say with certainty that the bog body is a girl. And thanks to a CT scan, researchers have been able to take a very close look at the girl's teeth. This tells us that the girl was about 16 years old. 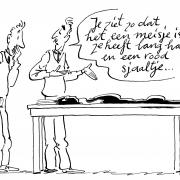 The Yde Girl’s hair looks orange. This is because she lay in the swamp for so long among the brown vegetation. Her real hair colour was blonde. And people with blonde hair usually have... yes: blue (or blue-grey) eyes. 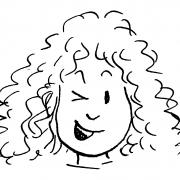 In 1993, the Drents Museum had the idea of having a reconstruction made of the Yde Girl’s face. The medical illustrator Richard Neave, from the University of Manchester, set to work on the request. On 10 May 1994, the museum presented the reconstruction to the public for the first time. 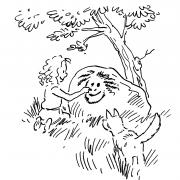 The Yde Girl undoubtedly lived in a small village of four or five houses. She lived there with her whole family. The village was probably sited quite high, in a place where the soil was fertile. The world around the village was much rougher and wilder than it is now. There were swamps and forests everywhere. 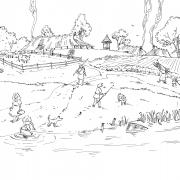 In many stories about the Yde Girl, her dog turns up. Even in serious books. That dog was once invented for a radio play and didn’t exist, of course. Just goes to show how an innocent fabrication can take on a life of its own. 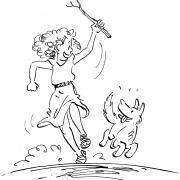 A ball of wool

Not long ago, archaeologists discovered that people in the time of the Yde Girl (somewhere between 40 BC and 50 AD) not only made fabrics from wool and flax, but also used fibres from the bark of lime trees and... nettles! 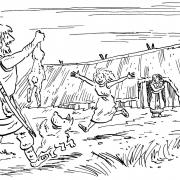 The Yde Girl is still a very important piece in the Drents Museum collection. Would you like to see the bog body (again) in real life? That is possible. However, due to a major renovation of the museum, the Yde Girl is not continuously on display. On this page we will let you know if the Yde Girl is on display or not. For now, we wish you lots of fun with colouring! 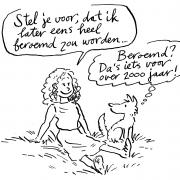 A genuine Helmantel for you!

Last year the exhibition "Henk Helmantel - Master painter" was on display in the museum's main exhibition hall. Henk Helmantel created a special colouring sheet for it! Colour it in and bring this still life to life. 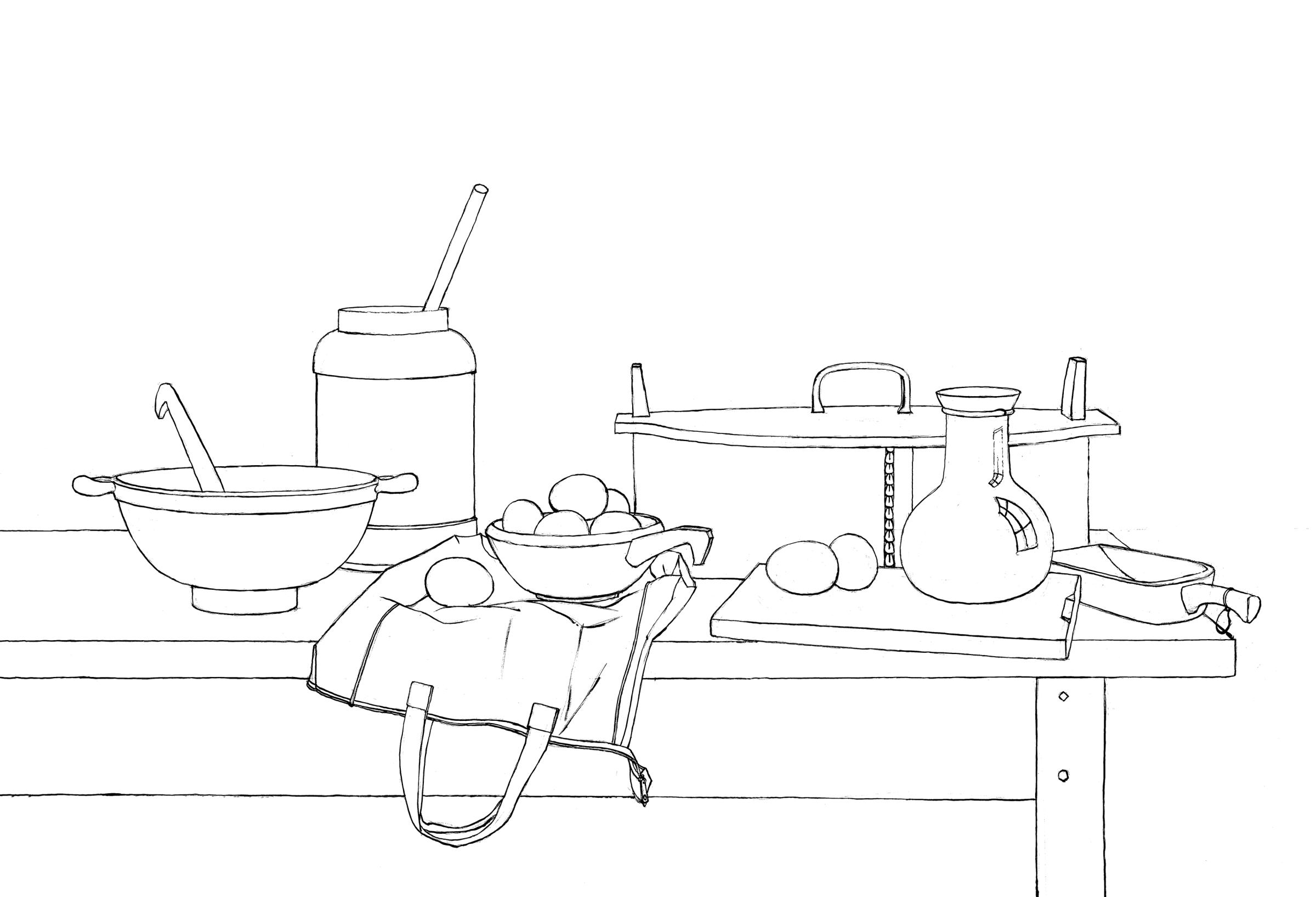