June 19, 2018 marks the opening of the special exhibition History as a Poem by Atousa Bandeh (1968) in KINK (Kunst in De Nieuwe Kolk). On view in the galleries of the Drents Museum are diverse contemporary works of art. The show of the poetic work of the Iranian-Dutch artist in KINK is particularly exceptional because it runs parallel with the major archaeological exhibition Iran – Cradle of Civilisation  in the Drents Museum. History as a Poem is a story in itself, and admission is free from 19 June to 18 November 2018.

Atousa Bandeh’s History as a Poem features large, richly coloured paintings. Everyday objects often circle around young girls, who look you straight in the eyes. In several videos and a film Atousa Bandeh reports on a journey to or an attempt to buy land in her native country. Her most recent paintings, in a large format, no longer include people, but rather collapsing buildings, construction cranes or other objects. At the root of all these works are Atousa Bandeh’s personal experiences. In addition to memories, fears, loss of identity and poetry play a major role in her art.

Poetic videos
Atousa Bandeh lived in Iran until her nineteenth year, when she fled from the Iraq-Iran War. After a long and treacherous journey she ended up in a village in Groningen, in a landscape without mountains, something she just could not fathom. She worked out such elementary experiences in several videos exploring her relationship with Iran. The videos are not activist in nature, but rather deeply moving, poetic reflections of reality. A poignant example is Man’s Cry: an installation with videos of four different cities in the world. The images do not feature the well-known tourist attractions, but zoom in on the loneliness of harsh reality. 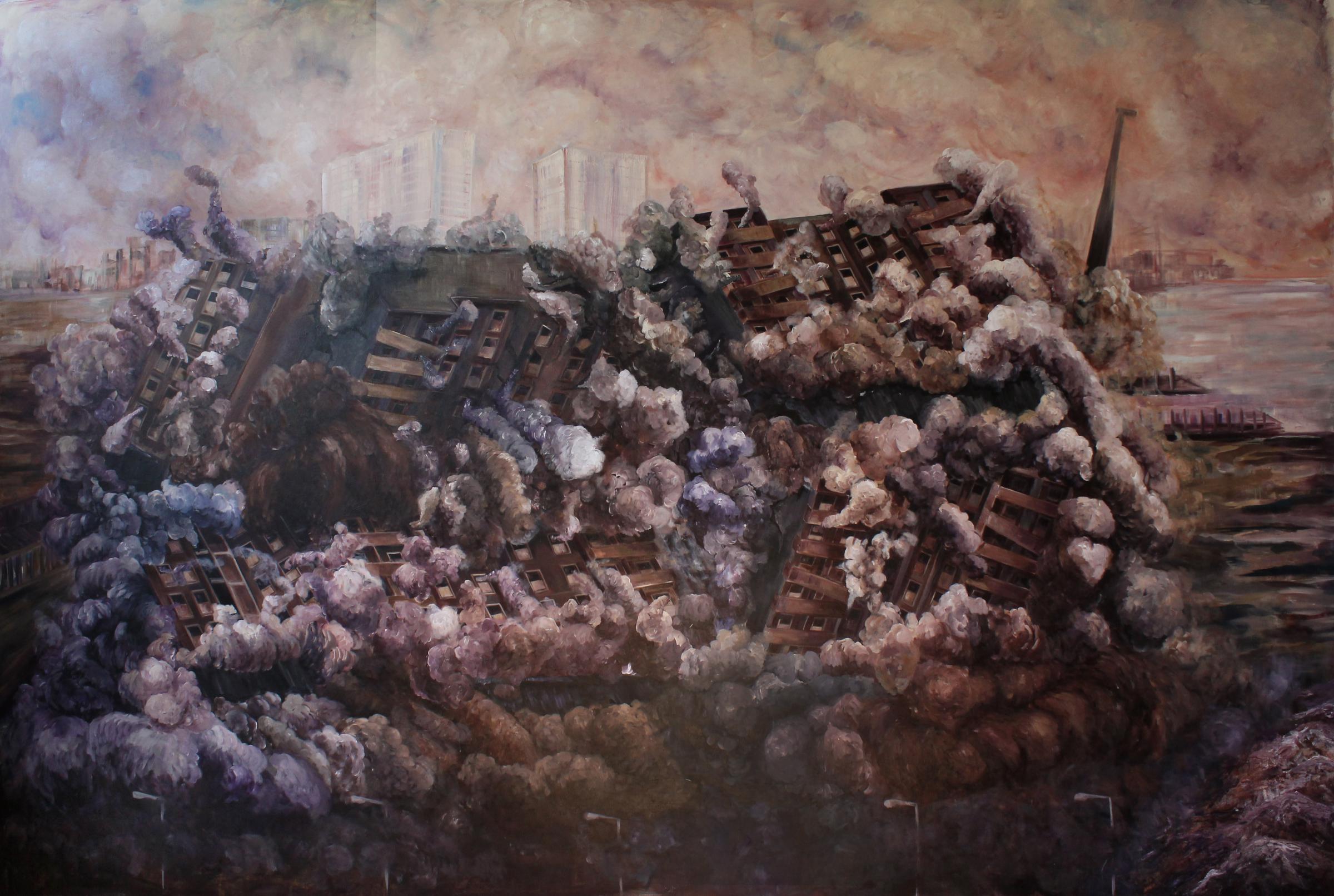 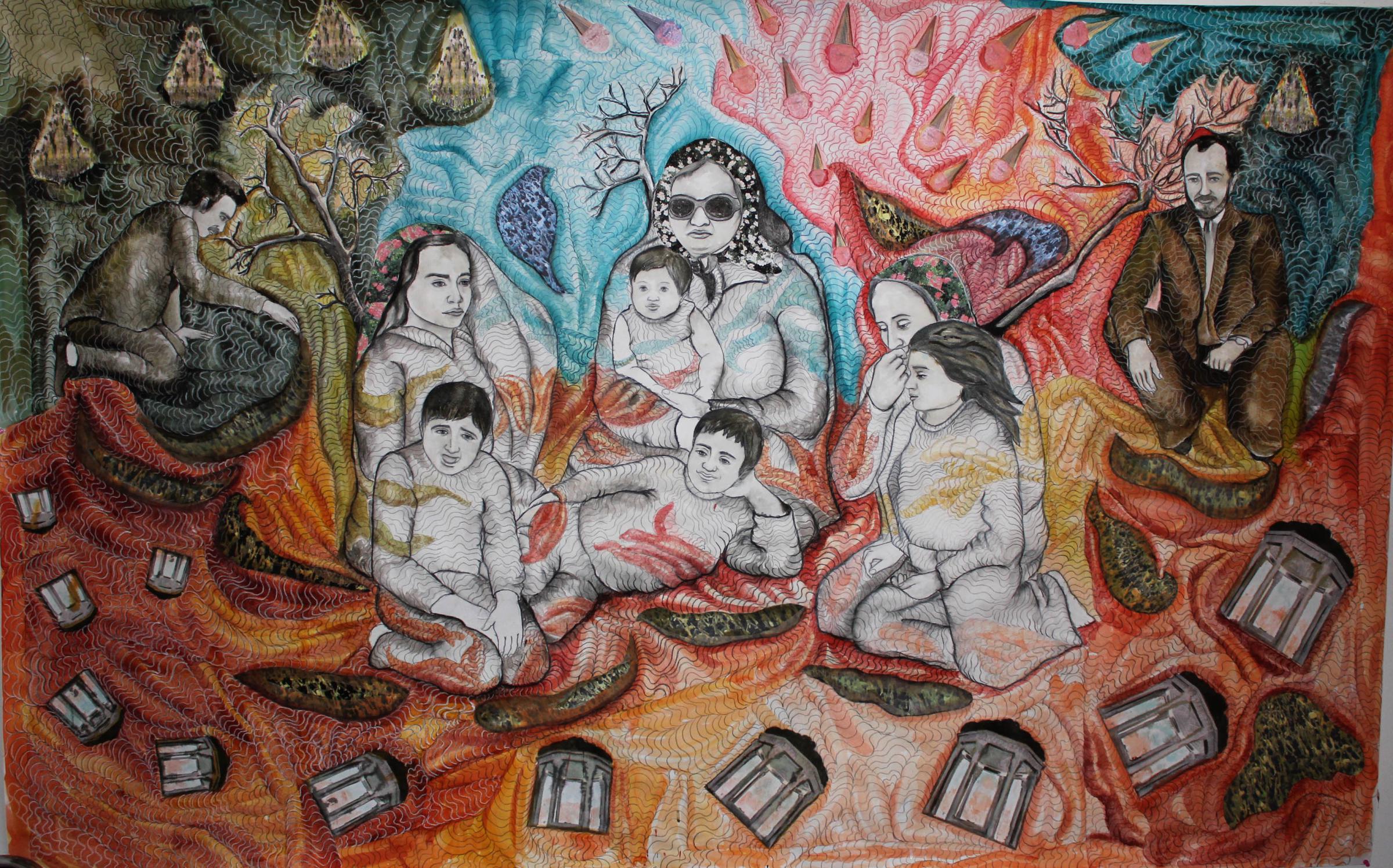 Young girls and macho men
In large drawings Atousa Bandeh combines images of her memories of life in Iran with everyday objects that are symbolic of the underlying events. While the drawings are colourful and dream-like, threatening elements are also concealed in them. Often taking centre stage is a young girl who hides in a peach tree with parrots, or walks through the sand wearing a pink angel dress. That the girl’s world is not as cheerful as the colours suggest is clear from a barbed wire fence, or macho men threatening her innocence.

History in poetic form
The title of the exhibition History as a Poem is a curious concept for someone who experiences the time in which she lives as quite the opposite: Atousa Bandeh perceives the world as a pragmatic reality with little room for emotions and poetry. In her current paintings, intimate, personal experiences have made way for greater themes. However, no matter how universal these works may seem, their essence is still about the place of an individual and their feelings in a broader context. And about the importance of being able to share that experience. 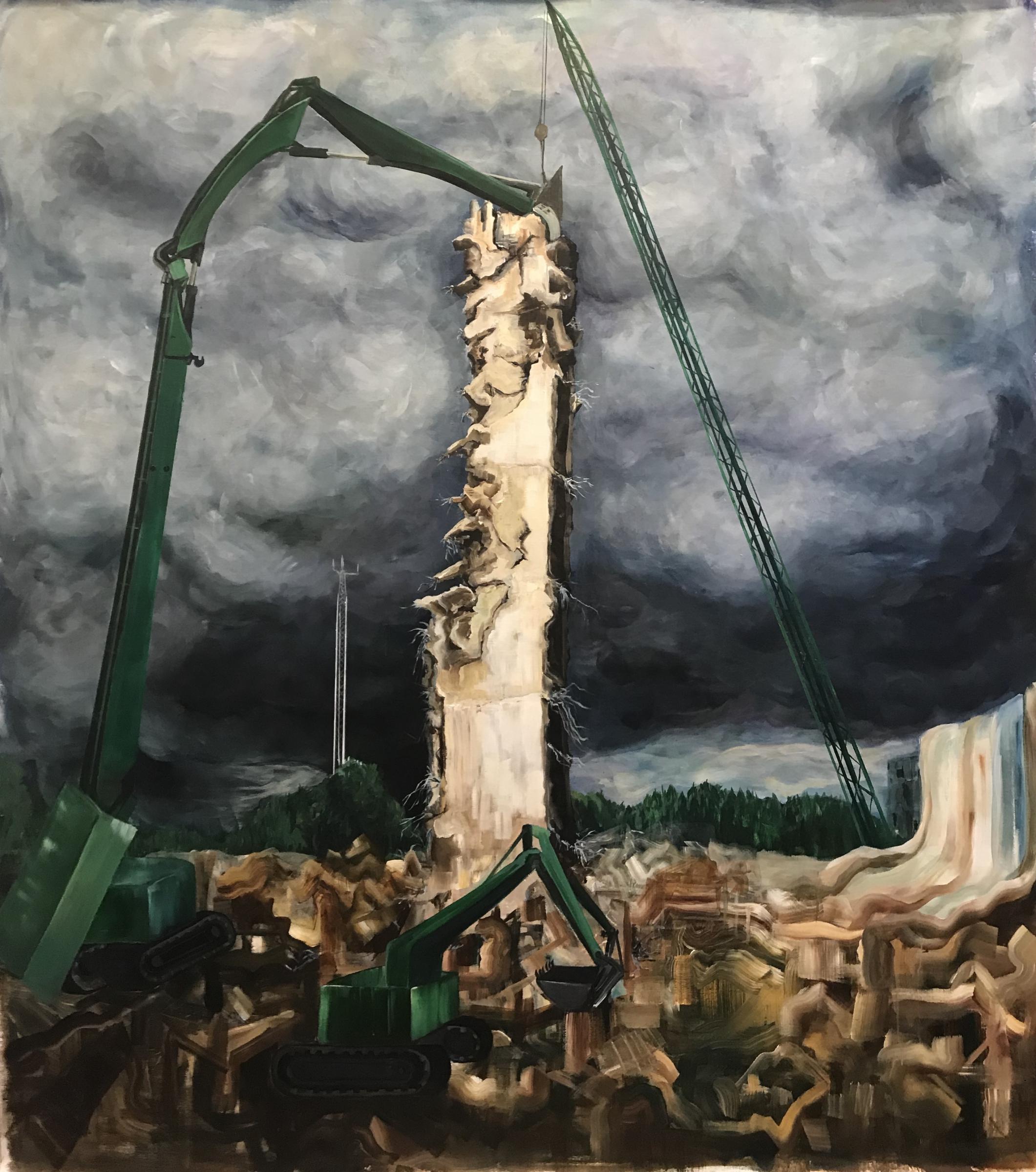 Atousa Bandeh
Atousa Bandeh has lived in the Netherlands for thirty years. After studying at the Minerva Art Academy in Groningen, she attended the Sandberg Institute in Amsterdam. Her videos from the 2000s have been shown at festivals throughout the world. Her drawings and paintings are less known; a good reason for the Drents Museum to spotlight this work in KINK.

KINK is open from Tuesday to Sunday, 11 am to 5 pm, in De Nieuwe Kolk, Weiersstraat 1, Assen.