One of the absolute masterpieces of European archaeology is coming to Assen this summer. From 6 August to 18 September 2022, the Drents Museum will present the first realistic representation of the night sky: the Nebra Sky Disc. The unique archaeological object was recognized by UNESCO in 2013 as a documentary and as a digital monument in the 'Memory of the World Register'. The disc belongs to the collection of the Landesmuseum für Vorgeschichte in Halle (Germany) and is very rarely lent out. With the exhibition 'The Nebra Sky Disc - The Discovery of Heaven', the Drents Museum has a first in its hands. This rare object can be seen for the first time in the Netherlands.

The bronze sky disc inlaid with gold was found in 1999 in Nebra in the German state of Saxony-Anhalt. The disc dates from around 1750 BC and was buried in the ground as a sacrifice around 1600 BC. The Nebra Sky Disc shows the first realistic representation of the night sky. The sky is faithfully depicted with stars as shining points and not as gods or mythical animals. The disc probably served as a kind of calendar and shows that people in the Bronze Age had knowledge of the night sky. This key object allows us to see the European Bronze Age in a completely new light.

Religious significance
It is highly likely that the sky disc of Nebra had a religious significance as well as a practical one. This is shown by the fact that the object was buried in the ground as a sacrifice. In addition, changes were made to the disc over the years. For example, 'horizon arcs' were added, indicating the sunrise and sunset points of the solstices on the horizon. Later, a boat was added to the disc, as it was thought at the time that the sun and moon were pulled by a boat. This can also be seen in numerous rock carvings and bronze finds.

Masterpiece of European archaeology
The Nebra Sky Disc is one of the absolute showpieces of European archaeology. This masterpiece is part of the archaeology collection of the Landesmuseum für Vorgeschichte in Halle (Germany) and is rarely lent out. It is therefore very special that this outstanding object is on display in Assen for six weeks. Until 17 July 2022, the sky disc can be seen in the exhibition The world of Stonehenge at the British Museum in London.

The Nebra Sky Disc – The Discovery of Heaven
In the exhibition, visitors take a journey from the Netherlands to Nebra, where the disc was found. During this trip, they are introduced to finds and customs from the Bronze Age. Together with the visitors, we look for the answer to the question why people have been interested in the starry sky for thousands of years. The Nebra Sky Disc – The Discovery of Heaven can be seen in the Abbey Church (Abdijkerk) of the Drents Museum.

The exhibition The Nebra Sky Disc – The Discovery of Heaven in the Drents Museum is produced in collaboration with the Landesmuseum für Vorgeschichte in Halle (Germany). 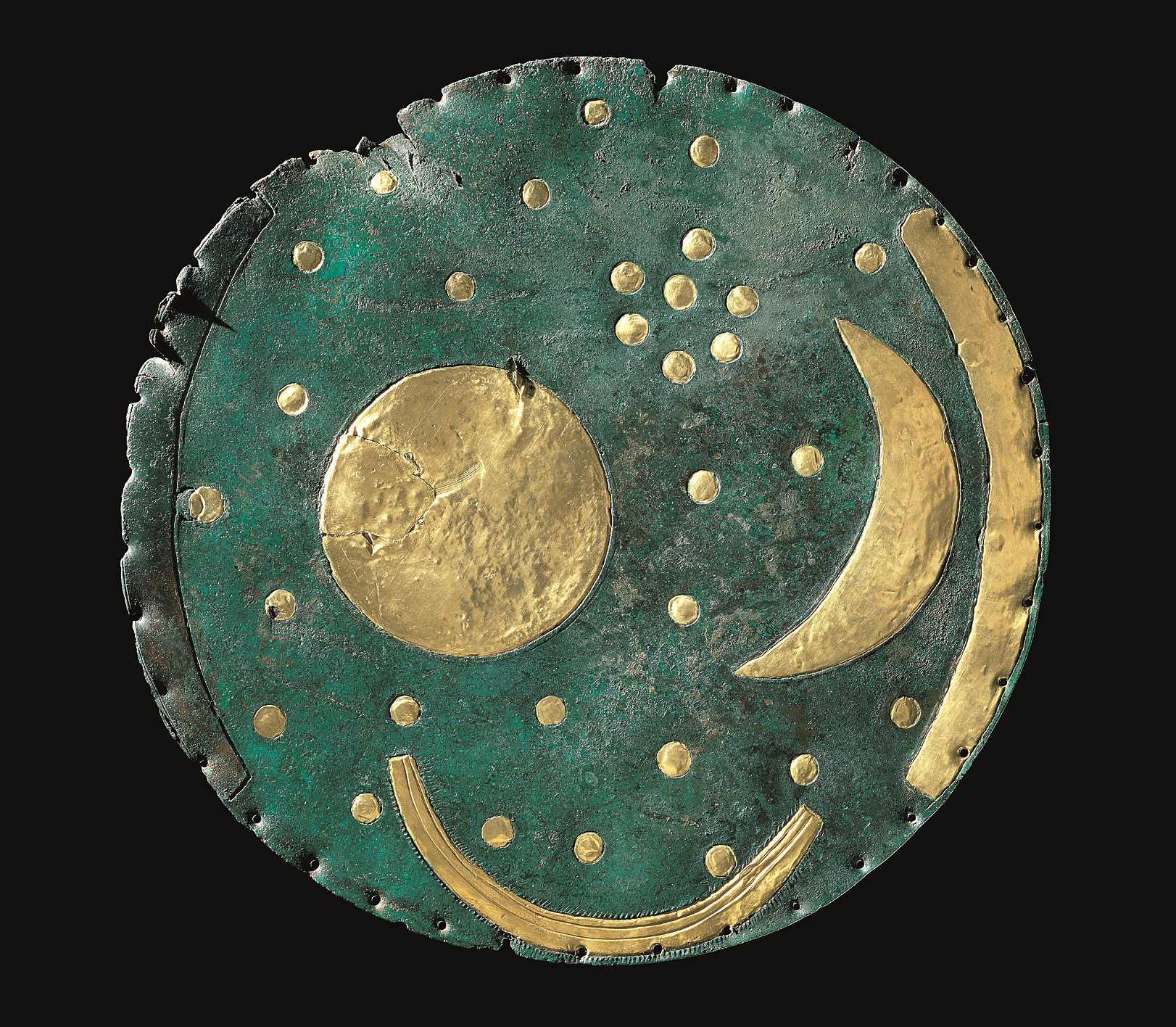