From 15th February to 13th September 2020, the artwork Diasporalia by Koen Theys can be seen in the Drents Museum on the upper floor of the Drostenhuis. The work is a sculptural installation, consisting of twelve bronze mattresses that are covered with personal belongings of refugees. Diasporalia is a collection of stories about people who are not there. According to Theys, there is a story behind each sleeping place in which people as individuals are central, in search of their identity and struggling to preserve it. Diasporalia refers to the 'diaspora', the large-scale scattering of a people across different parts of the world. A very topical theme after the refugee crisis.

Origin of the Diasporalia concept
In 2008, Koen Theys visited the Beguinage church in his birthplace. It was the temporary sleeping place for hundreds of refugees. Theys could not get the picture of all those mattresses on the floor out of his mind. A few years later, he was asked to create a work for the Cathedral of Our Lady in Antwerp in the context of the city festival Antwerp Baroque 2018, Rubens inspires. Seeing the ostentatious, marble burial monuments in the cathedral, he made a link with the image of shabby mattresses in his memory. And that is how the concept for the Diasporalia art installation came into being, which was exhibited in the Saint Joseph chapel of the Antwerp cathedral. The Drents Museum is the second place where the work will be displayed. 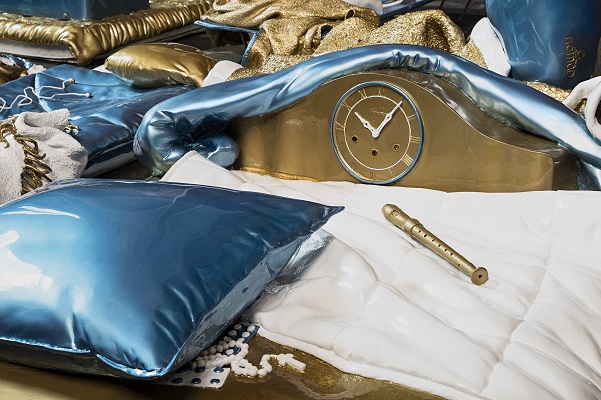 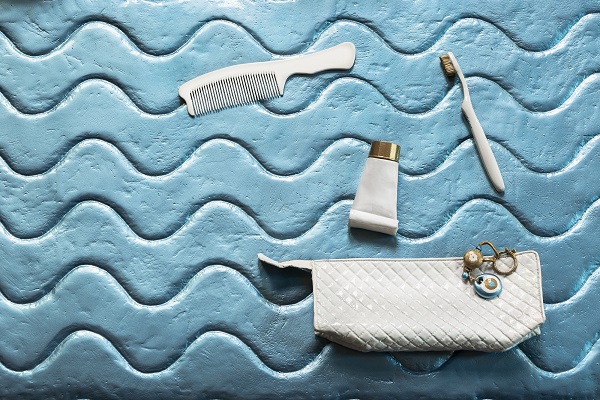 Contrast between poverty and wealth
In his work, Theys places people and their identity at the centre. In addition, he often refers to well-known works of art and historical events in his own art. In Diasporalia, he refers to 17th-century baroque art. The bronze mattresses, covered with personal belongings of refugees such as a cardboard box, a violin case, a teddy bear and an ashtray with cigarette butts, are painted with a shiny car paint. The theme is mainly reminiscent of poverty, but at the same time the colours gold, white and blue evoke a royal wealth. With this, Theys highlights the contrast between poverty and wealth.

Belgian artist
Koen Theys (Brussels, 1963) is a multimedia artist, making both video and sculptural works. He is seen as the pioneer of Belgian video art. Theys studied sculpture at the Royal Academy of Fine Arts in Ghent. He is currently a lecturer in autonomous video art and spatial art at the Sint Lucas Antwerp art academy.