The Drents Museum was established in 1854. What started out as a simple showcase filled with objects has grown into a showpiece museum. Did you know these facts about our buildings?

​Drents Museum, est.1259
Almost a thousand years ago, Cistercian nuns laid the foundations of the Drents Museum. In 1259, the Bishop of Utrecht gave them permission to build a new nunnery on the current museum site. The chapel of this nunnery was later extended into an abbey church. The medieval cloister bricks are still visible in the walls - one and a half-metre thick - of this ‘Abdijkerk’. 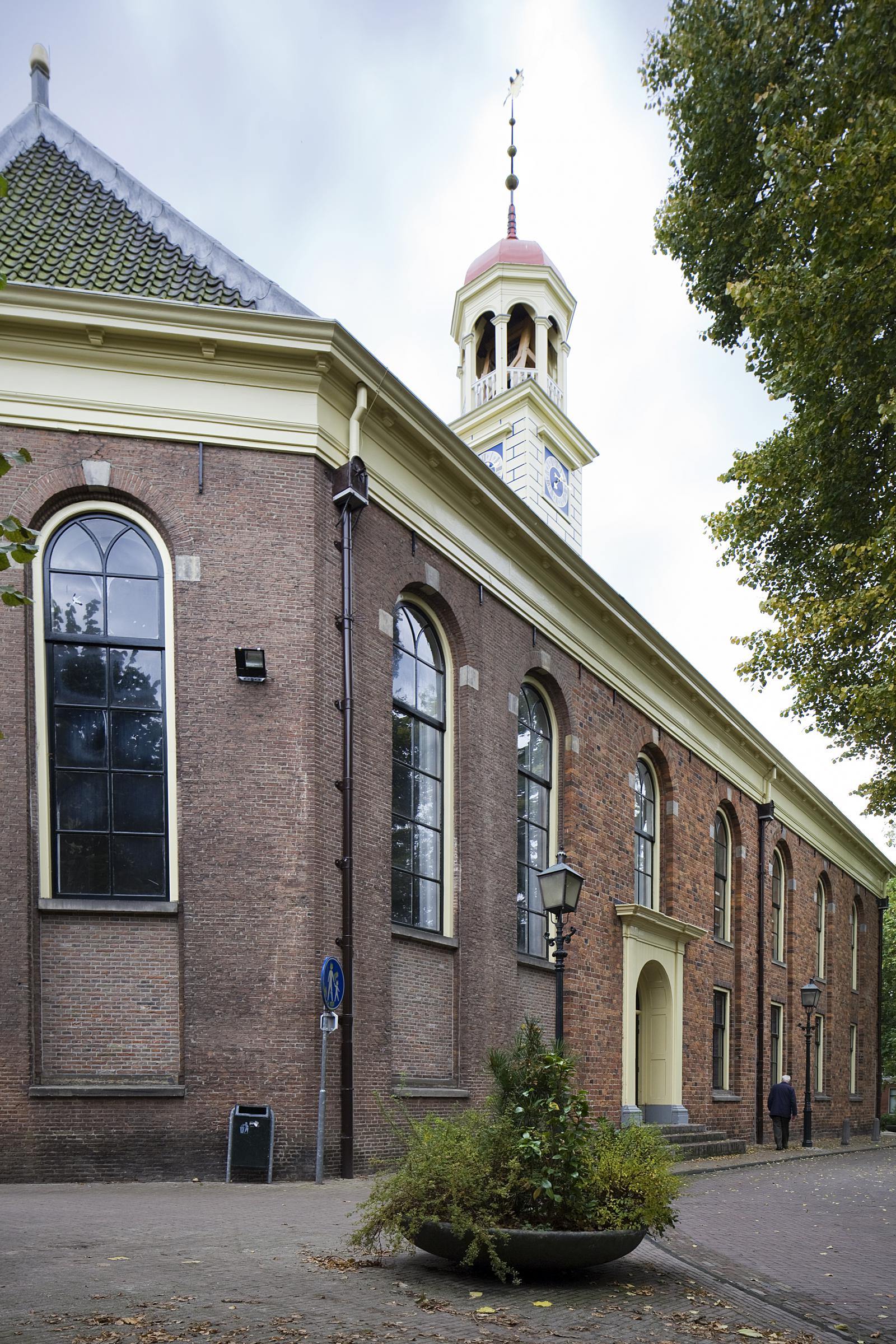 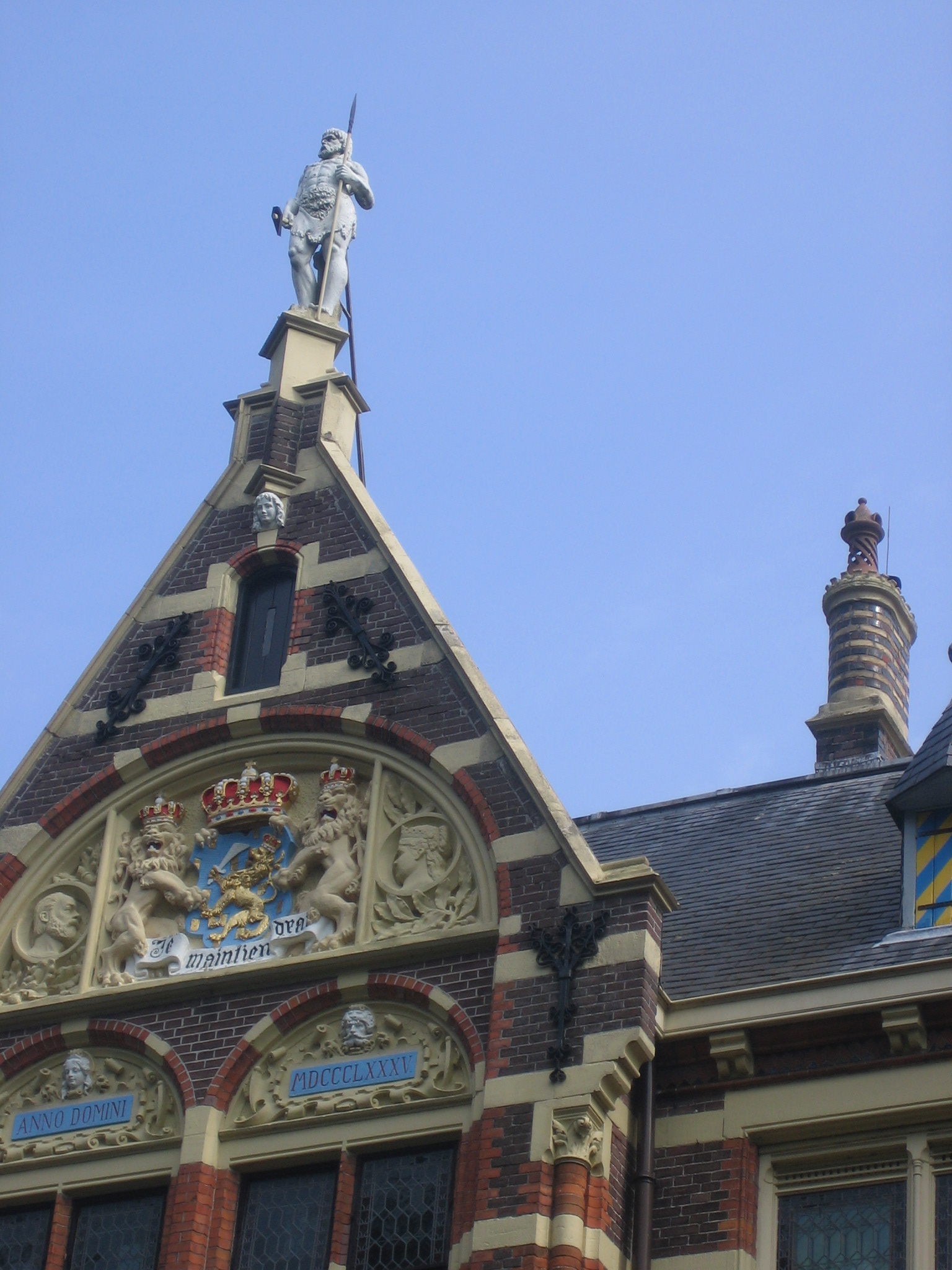 Primeval Drent
National architect Jacobus van Lokhorst was responsible for constructing the ‘Provinciehuis’, the new provincial government building, starting in 1882. Lokhorst’s personal attention was mainly on the façade facing the Brink. He believed that the character of Drenthe did not suit a lot of ornamentation. What is there is thus quite conspicuous, particularly the Germanic warrior at the top of the façade. This ‘primeval Drent’ covered in animal skin carries the spear of Odin, the god of war, in his left hand and the hammer of Thor, the god of thunder and lightning, in his right hand. This heroic figure illustrates the venerable age of the province of Drenthe. The statue was made in the workshop of Pierre Cuypers, the architect of the Rijksmuseum and Central Station in Amsterdam.

A graphic novel ‘avant-la-lettre’
The ‘Statenzaal’ (Estates Hall) is without doubt the finest room in the Drents Museum. It is lavishly decorated, and its most striking feature are the wall paintings by Austrian painter Georg Sturm. Five scenes illustrate the history of Drenthe: the construction of a hunebed (megalithic tomb), Charlemagne conquering Drenthe, Emperor Henry granting Drenthe to the Bishop of Utrecht and the preparations for establishing the privilege of the county in 1648. These five paintings can be regarded as a graphic novel ‘avant-la-lettre’. 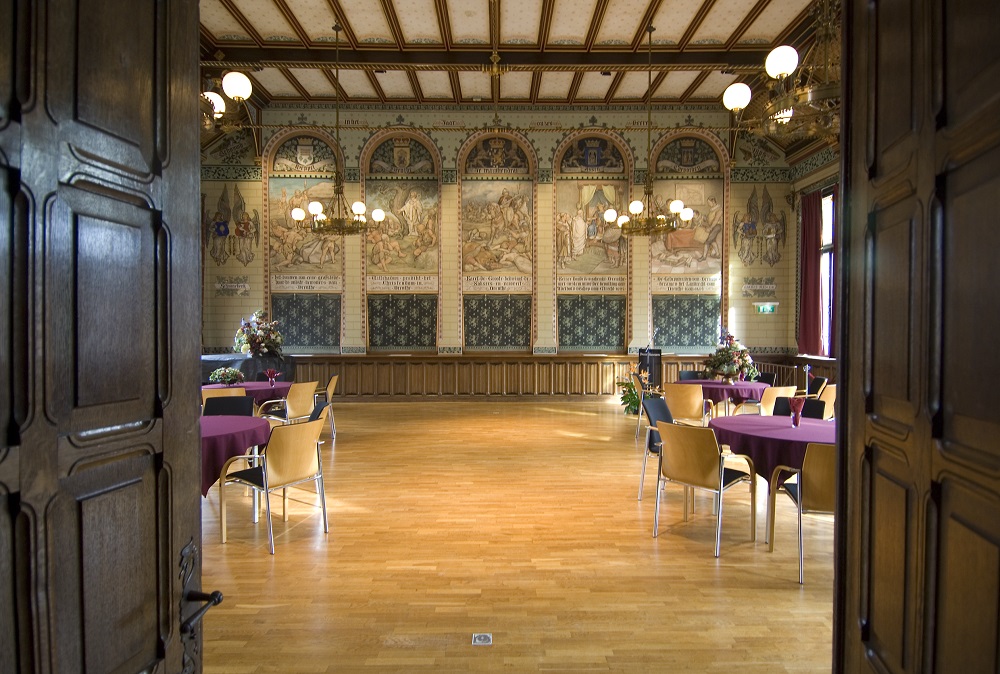 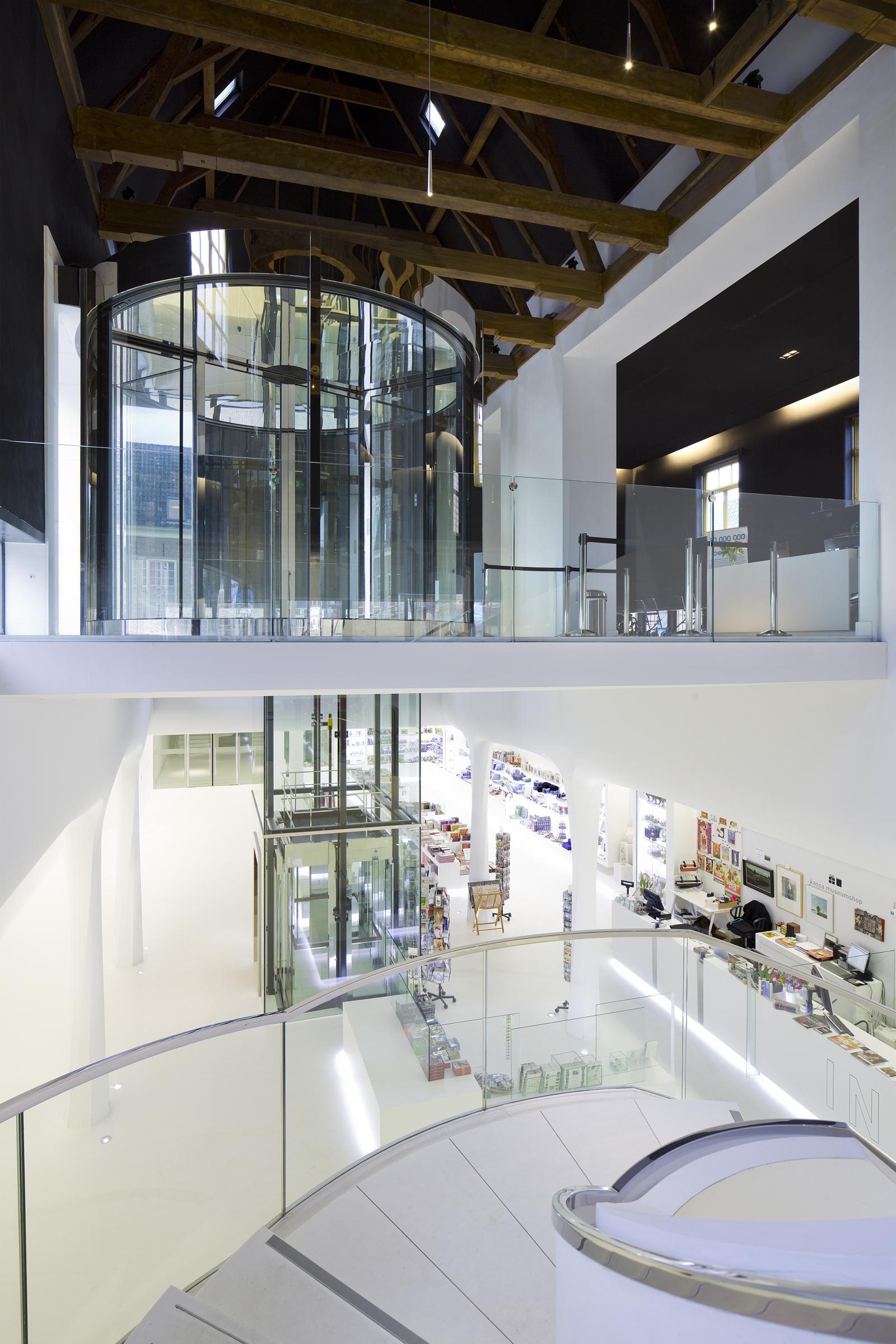 A stable as main entrance
Today visitors to the Drents Museum enter the building through a coach house dating from the late 18th century. When the new exhibition wing was built, this coach house was lifted up and moved out of the way in one piece. When the builders were finished, it was put back again, on a glass plinth 65 cm high to let daylight enter the underground museum spaces and give passers-by an opportunity to look inside. If you look around the entrance hall carefully, you can still see the mangers for feeding the horses.

White space
Architect Eric van Egeraat very deliberately chose the colour white for the new building of the Drents Museum. White is neutral, which means that it shows the colourful museum collection to best advantage. White also provides an exciting contrast with the historical museum buildings. This contrast aims to draw visitors from the dark coach house to the underground spaces. 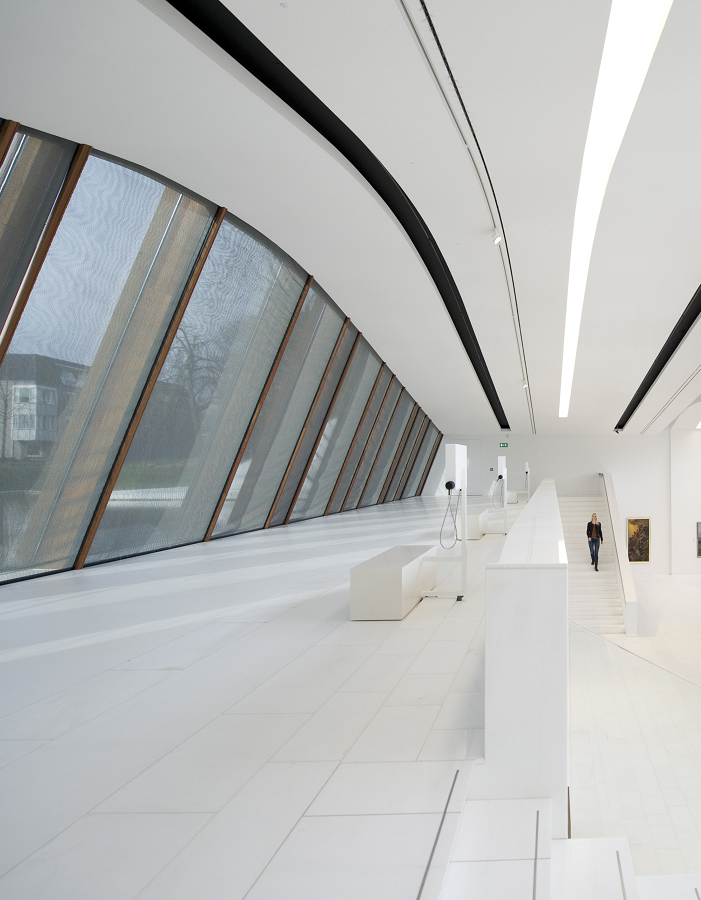 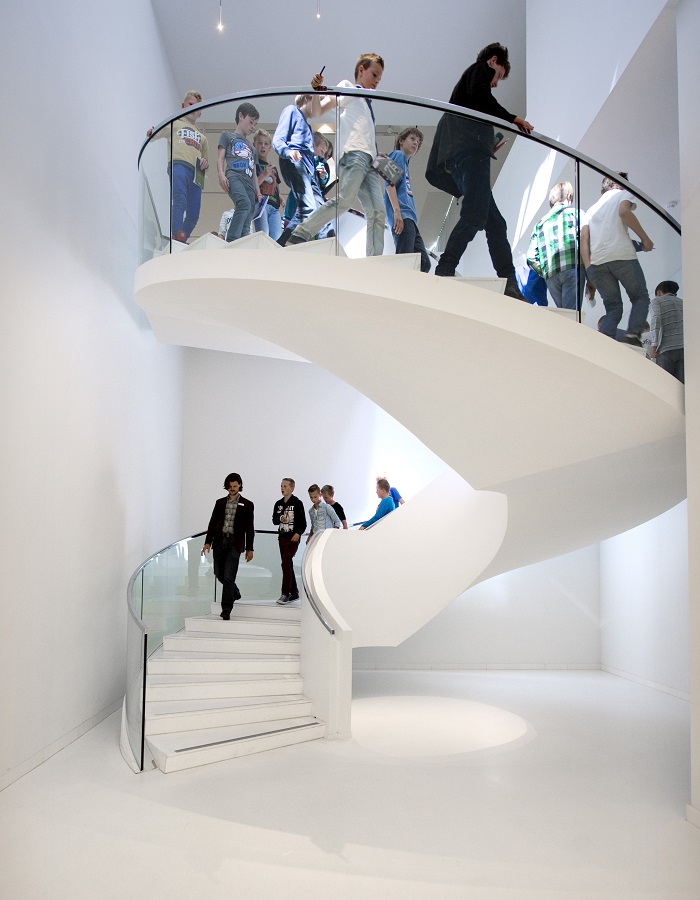 Floating up
The floating stairs in the new wing weigh 16.000 kilos each and are attached to the floors only at the bottom and the top. They were tested in the Dokkum factory by having lots of building workers jump up and down on them. Once their strength was proved sufficiently, the stairs were transported to the Drents Museum in three sections, and welded in place.

The wander garden
To show the historical city centre of Assen to best advantage, the new wing of the Drents Museum was built completely underground between 2009 and 2011. On top of the main exhibition space, a wander garden has been laid out. Which of the paths in this garden connect up and which are dead-ends is not immediately obvious. The 12.000 plants have been selected in such a way that some are always in bloom throughout the year. 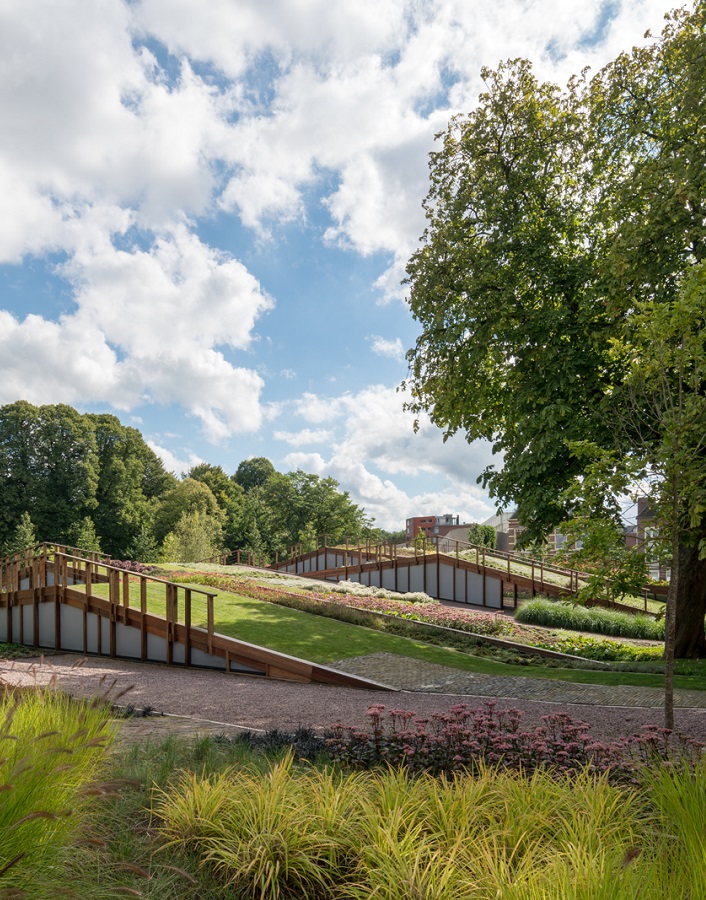 Click here to find out more about our museum.