Nubia – Land of the Black Pharaohs in the Drents Museum

16 December 2018 will see the opening of the major international archaeological exhibition Nubia – Land of the Black Pharaohs in the Drents Museum. We’re all familiar with the pharaohs of Egypt. What is less well known is that kings and pharaohs whose power matched that of the Egyptians lived to the south of Egypt, along the Nile in what is now Sudan. With this exhibition the Drents Museum will present the mystery of ancient Nubia and introduce the public to the Nubians’ treasures. More than three hundred exhibits will be travelling to Assen from the Nubian collection of the Museum of Fine Arts in Boston.

Fascinating Nubia
The exhibition Nubia – Land of the Black Pharaohs will present a survey of fascinating Nubia from 2400 BC until around AD 350. The exhibits, on loan from the Nubian collection of the Museum of Fine Arts in Boston, will provide an impression of the rich culture of this part of Africa. Between 1907 and 1928 researchers from the museum in Boston were involved in the excavations of the finds, which is why this museum now has one of the largest Nubian collections. The exhibits have rarely been displayed in Europe before.

Black Pharaohs
The exhibition will focus on the period from 750 until 664 BC. It was in this period that the Nubians conquered Egypt and the Nubian black pharaohs ruled the Egyptian empire. The history of Nubia is closely linked to that of the Egyptian pharaohs. Absolute masterpieces are the finds from the pyramid of King Taharqa dating from 664 BC and stunning gold jewellery from other Nubian pyramids, including that of the Nubian queens of Kings Piankhy and Shebitka.

Nubia – Land of the Black Pharaohs is the tenth in the series of major international archaeological exhibitions organised under the heading of International Archaeology in the Drents Museum. The exhibition will remain on view in the Drents Museum until 5 May 2019. It will be accompanied by a book of the same title published by WBOOKS (Zwolle). The book, which will cost € 24.95, will be on sale at the museum’s shop from 16 December onwards. 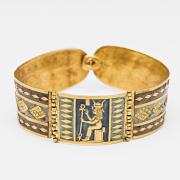 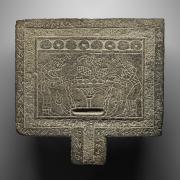 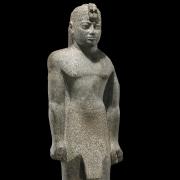 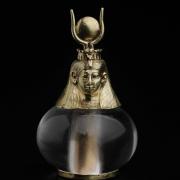